Aulani, a Disney Resort & Spa. The Disney resort, which is under construction at Ko ‘Olina Resort on Oahu, is scheduled to open in the fall of 2011. 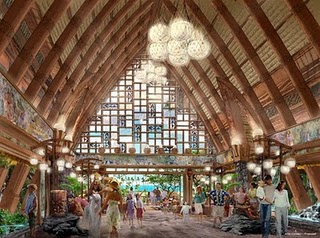 The company hasn’t said how much the project costs but estimates put it at about $800 million. When completed, the new resort will have 360 hotel rooms and 481 two-bedroom equivalent Disney Vacation Club villas. It will also include an 18,000 square-foot spa, two restaurants, 14,545 square-foot conference center, and 48,685 square feet of outdoor venues, including pools, hot tubs, a snorkeling lagoon and a variety of programs for children.