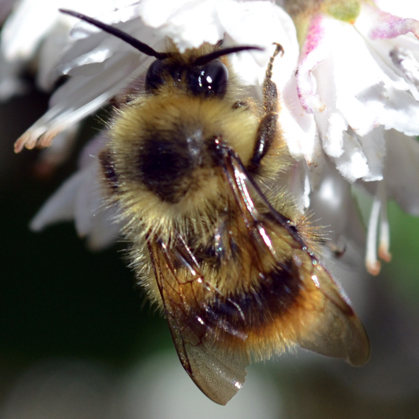 Sea-Tac Airport’s newest residents, 500,000 honeybees, have joined ranks with the 777s and other aircraft that call the airport home. Made possible through a partnership with the Port of Seattle and the nonprofit The Common Acre, the project — named Flight Path —  makes Sea-Tac one of the first airports in the country to feature an apiary.

Six hives sit at three vacant, undeveloped sites near the airfield. Like most airports, Sea-Tac has large tracts of open land that provide an added buffer for both safety and noise mitigation such as the runway protection zones.

Bees at Sea-Tac also will contribute to the port’s local conservation efforts at the airport’s wetland mitigation sites where nearly 150,000 plantings and other restorative projects have been underway since 2007.

The parallels between the aviation industry and bees are illuminating. Air traffic controllers at Sea-Tac direct an average of 850 planes each day, transporting 33 million people and 283,500 metric tons of cargo a year. Honeybees also rely on efficient operations, each hive logging up to 200,000 flights a day and requiring visits to two million flower blossoms to generate one pound of honey.

Like planes, bees have wings, fuselages and landing gear. They use terminals, runways, and complex navigation and communication systems. Bees transport cargo from a hub to the home port. These pollinators consume fuel for their journey, and gather resources at both ends of their trip.

Seatac Upping its Gourmet Game with these New Restaurants

Sustainable, hand-crafted, farm-to-table – these aren’t usually words used to describe airport food, but Seatac is hoping to change that. The Seattle-Tacoma International Airport is rolling out a huge overhaul of its dining scene, scheduled Read more…

Unlike some other places around the country, this is not the busiest time of the year at Seattle-Tacoma International Airport, but sometimes it can feel like it. Why? We don’t have as many overall passengers Read more…

United Airlines completed the final move at SeaTac Airport, now operating out of gates A6-A9.  Ticket counters may be accessed through doors 9 and 11 curbside and located between Delta Airlines and Icelandair/Condor/Sun Country Read more…