What do a CPR class, a sculpture workshop, and an unknown Parisian woman from the 19th century have in common? They’re all part of the bizarre story behind the famous death mask, l’Inconnue de la Seine.

The unknown woman of the Seine was a drowning victim in the late 1800’s. Her body was found in the river and taken to the morgue, where her death was ruled a suicide due to a lack of visible injuries. No one knew her name, but the doctor at the morgue thought she was so beautiful that he commissioned a death mask to preserve her likeness.

This mask then became mass-produced as a piece of art, finding its way into the fashionable homes and studios of Paris. Author Albert Camus referred to her as “drowned Mona Lisa.”

The story takes an odd turn when in the 1960’s, the Austrian doctor who developed CPR saw the mask hanging in a family member’s home. Inspired by the beauty of the unknown woman, he appropriated her face as the model for the CPR dummy – named Resusci Anne in France, and CPR Annie in the States.

Nowadays, the sculpture workshop near Paris that supposedly houses the original death mask is still flourishing. While l’Atelier Lorenzi is most well-known for its copies of l’Inconnue de la Seine, it also makes plaster molds of figurines, busts, and statues using the same time-honored techniques of generations past.

If you’re heading to Paris and looking for something off the beaten path, consider visiting this historic workshop. For other unique things to do in the City of Lights, Classic Vacations offers hundreds of tours and activities to choose from. Talk to your Stellar Travel advisor for more details. 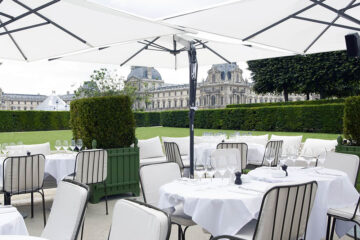 Free entry to the Grand Palais

A visit to the iconic Grand Palais is a “must-do” for Paris-bound travelers! Built for the 1900 World Expo, the monument is especially famous for its glass roof, which spans nearly 800 feet —the largest Read more…

This Summer, Travel between Paris and Bordeaux in Only Two Hours

The TGV (France’s high-speed train) will begin service this July between Paris and Bordeaux, making the trip in just two hours – a full hour and ten minutes shorter than usual. Service is scheduled to Read more…