A guest post from our partners at International Expeditions explores 5 things you need to know before heading to Cuba.

Cuba’s “off-limits” aura of mystique has given it an undeniable appeal among American travelers. From Ernest Hemingway’s 1952 novel The Old Man and the Sea to the success of the Buena Vista Social Club in the mid-‘90s, our fascination with Cuba’s rich history and culture has only grown deeper over time.

But, until the end of 2014, when the U.S. Treasury Department’s Office of Foreign Assets Control granted a select number of tour operators licenses to offer trips to Cuba under the People to People program, Americans had very few legal means of visiting the Caribbean country. Now, with International Expeditions relationship with Stellar Travel this could be your time to explore Cuba and its many regions.

Here are five things to know before you go: 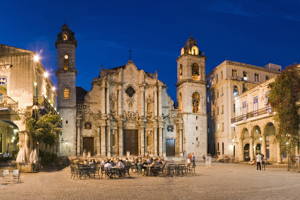 1. This doesn’t mean you can just hop on a plane to Cuba.

If you’re picturing yourself jumping on a plane for a tropical beach getaway filled with mojitos, Cuban cigars and dancing to lively salsa music, think again. Travelers still l have to be authorized to visit Cuba, with the White House listing 12 categories in which they could be approved:

2. There are still rules in place once you get to Cuba. 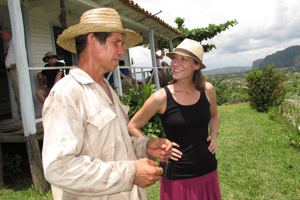 Although the White House statement suggests restrictions on Cuba travel may loosen over time, independent travel to the island isn’t on the agenda anytime soon. For now, all people-to-people trips will remain highly scheduled so that there is a full agenda of activities that engage American travelers with Cuban people. These trips include all meals, guides, transportation, activities and more. In other words, don’t expect to be able to roam the streets of Havana at your leisure.

3. Cuba will need time to catch up to the increased tourism demand. 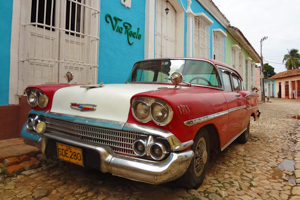 International Expeditions executive director Steve Cox explained in an interview with USA Today that it’s a good thing the floodgates of Cuban travel from the U.S. are not being thrown wide open just yet, because Cuba doesn’t have the infrastructure to handle an influx of Americans swarming its shores. “Cuba really isn’t ready for travel by mass Americans,” he said.  “There are some excellent hotels in Cuba but not enough. They’re at almost full capacity for six months out of the year now.”

4. Licensed Cuba travelers can bring back some long-banned imports 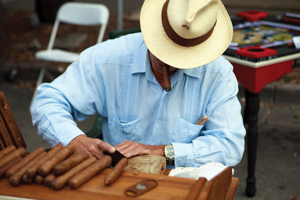 .
Along with history and culture, Cuba is known for its indulgence in the simple pleasures, including delicious food, a good hand-rolled cigar and Havana Club rum (which has been distilled in Cuba off-and-on since the 19th century). But, until now, Americans couldn’t bring these things back to the U.S. legally.

Under the new White House policy, “licensed U.S. travelers to Cuba will be authorized to import $400 worth of goods from Cuba, of which no more than $100 can consist of tobacco products and alcohol combined.” And pundits predict that these limitations may be loosened even more as our diplomatic relations with Cuba continue to improve. 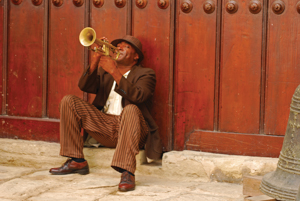 As restrictions on U.S. travel to Cuba become increasingly relaxed, it’s a given that the tourism industry will invest in building up the infrastructure of an alluring tropical destination located just 90 miles away from Key West. It’s not a question of if there will be an explosion of Cuban tourism, but WHEN.

Historically speaking, such an influx of investment in mass market tourism brings with it elements of homogeneity. What this means for U.S. travelers to Cuba is that, if you want to explore a rare Caribbean destination that has remained largely untouched by globalization, there’s no time like the present.

Contact our partners at Stellar Travel to learn more about Cuba.

With the beautiful cars, weather, people, and dancing, it makes for a filling itinerary with Regent. Yes, you will stuff yourself (and your itinerary) full of Cuba’s food and culture with Regent’s free unlimited shore Read more…

It’s still not easy for US travelers to visit Cuba, but luckily Holland America Line can help you cross it off your bucket list. In 2018, they will offer 7- and 11-day voyages that call Read more…

While Cuba is one of the hottest up-and-coming destinations, organizing a trip there can be nearly impossible. A shortage of hotel rooms and vehicles often means headaches and heartbreak for would-be visitors. Luckily, we can Read more…