Northern Lights – The downside to being an amateur photographer 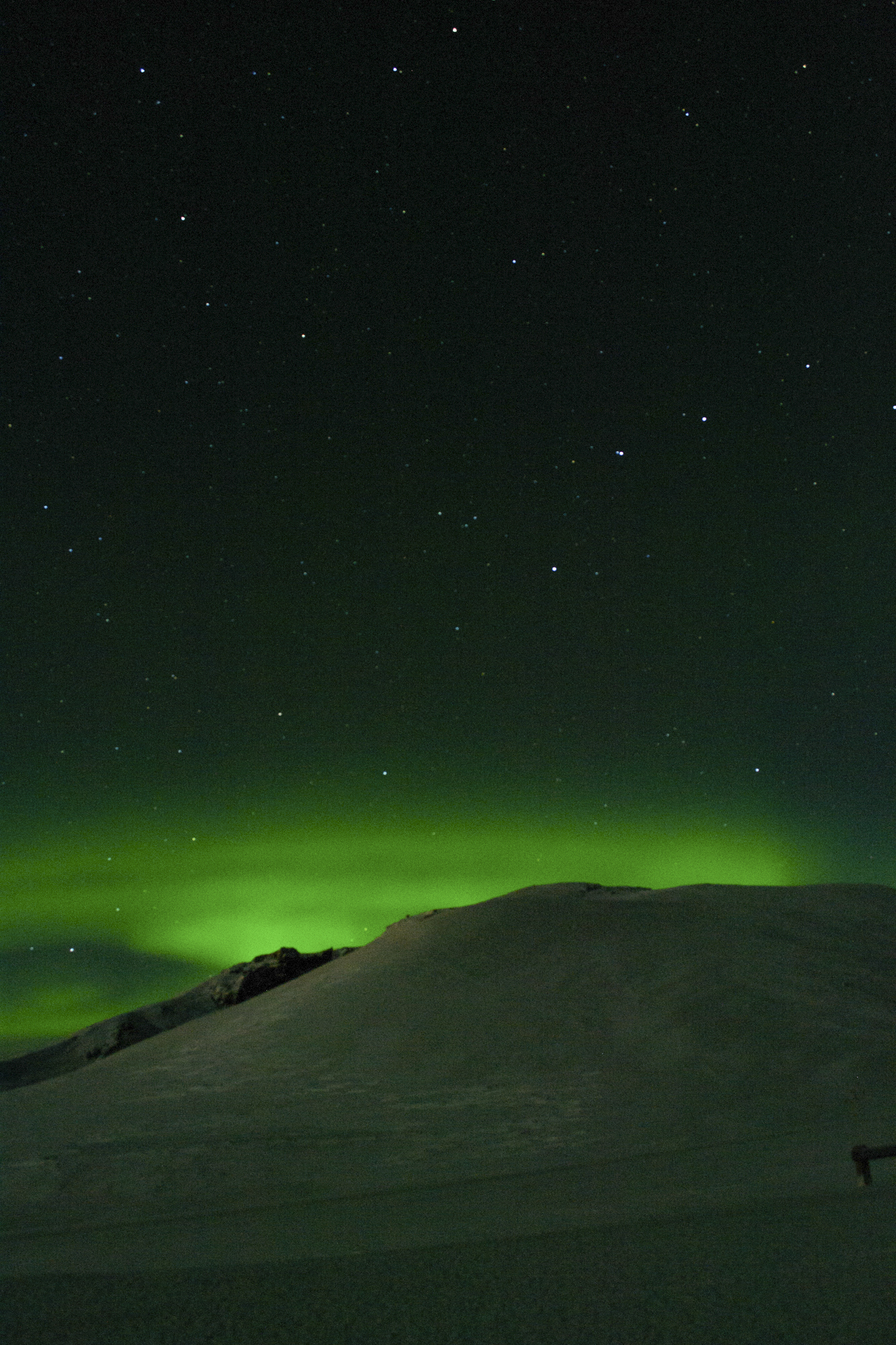 My husband decided he wanted to see the northern lights and we were going to take a trip to Northern Iceland to view them. He wanted a romantic vacation with the lights dancing across the sky, a once in a lifetime experience we could spend together. The second he spoke the words I started planning my equipment list. This was my opportunity to get the holy grail of photographs. I was giddy and hoped the little dance in my head wasn’t happening outside where just anyone could see.

The lights are fickle and I refused to believe they wouldn’t be out and waiting to be photographed by me. We were traveling a long way and I was determined to get my very own souvenir as proof, spending hours upon days researching the best ISO, aperture and shutter speed. My husband’s romantic intentions a distant memory.

After a short flight from Reykjavik to the small town of Akureyri we got to our room and began to unpack. Him: Warm pants, shirts, a variety of sundries. Me: camera, tripod and a guilty concern that maybe I should’ve brought my film camera too. While my husband laid in bed gazing out the window at Iceland’s snowy landscape, I scouring the luggage for my notes. Oh… my… god… did I leave them in the Reykjavik hotel? Even though I had memorized those notes long ago, a bit of panic set in. My frantic search revealed the crinkled pages in the front pocket of the jeans I was wearing and quickly blamed my husband for being so careless with my belongings.

Crisis averted, we stepped into the van for our full day tour. Iceland in wintertime is a gorgeous moonscape of rock and snow. We witnessed ice covered waterfalls, ancient volcanoes and smoking lava rock. It was also cloudy and beginning to snow, our hopes were dashed. We traveled all this way to be stopped by a little snow which was quickly turning into a heavy snowstorm. Our tour guide offered to let us come back the following night to hunt for the lights again and I argued that we were leaving the next morning and couldn’t he just this once bring the northern lights out for us?

We trudged through the snow to the thermal baths. If I couldn’t get my photograph at least I could be grumpy in warm water and watch the snow fall on the rocky landscape. Stars began to peek through the heavy cloud cover and reveal themselves one by one. “Hey, I think I see the lights!” It’s possible I ran right across the top of the water to grab my camera, leaving my husband soaking in the pool.

He found me in the parking lot clutching the side of the locked van, equipment inside, me and a tiny speck of green light outside.

Once our group found the viewing point they begin to marvel at the green swatch of light making its way across the sky. “Look at how beautiful it is with the stars behind the lights. Is that Venus”? I glanced at my husband and grunted. Where is my camera shutter remote? Do I have the settings right? Oh sorry, didn’t mean to hit you with my tripod. Maybe the picture would look better from over there. That car just drove through my shot!

Time passed as I clicked through a bunch of shots and finally took a moment to look back at our group. The couple from southern France cuddling and pointing at the distance, the young Australian couple dancing in the moonlight, the look of awe on the faces of the Americans, and my husband, alone, staring at the lights. It was at that moment I realized I was missing out. I spent my day looking at the stunning landscape of Iceland through the back of a camera instead of experiencing it with him, there was a camera between us the entire trip. Once I put it down and actually looked at the sky with him… speechless.

Categories: Photography
Tags: How not to be a photographer

Most photographed places in the world

In a study from Cornell University, researchers have taken over 35 million photos from 300 thousand photographers on the flickr site and calculated the most photographed places and landmarks.  While most of the landmarks are Read more…