The Legend of the Descending Dragon 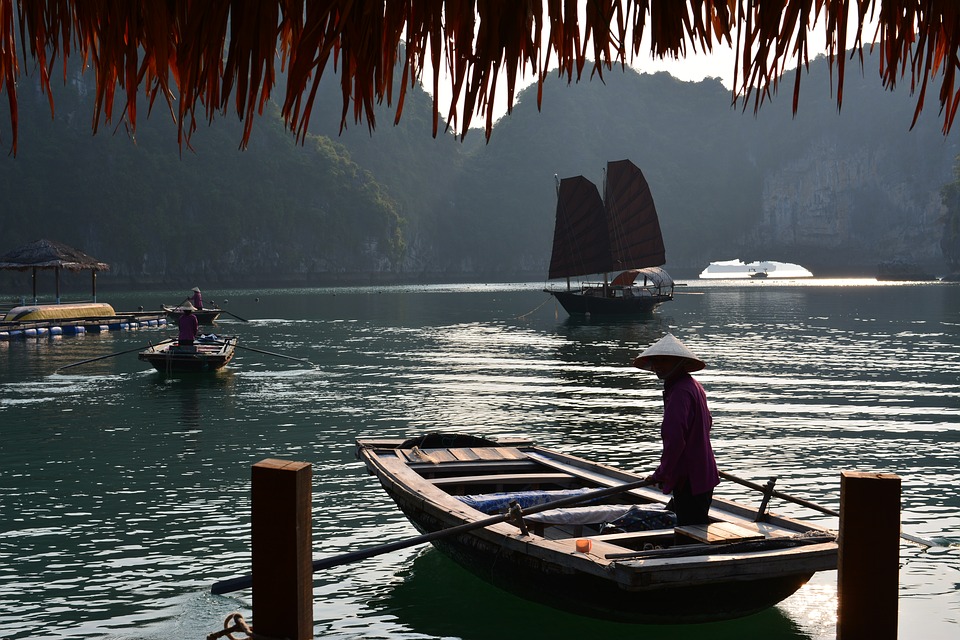 Many thanks to the Mother Dragon and her children. It’s strongly believed that when the country was first formed the Vietnamese people struggled to keep it their own. They battled long and hard with invaders from the North to protect their newly beloved country, yet the struggle was quickly overcoming them. As their hope began to diminish, The Jade Emperor sent down the Mother Dragon and her children to help ward off the invaders. The dragons descended into the bay and incinerated the enemies as they attacked the mainland and destroyed their many boats with giant emeralds placed in the sea from the dragon’s mouths. Instead of returning to the heavens, the Mother Dragon and her children spread themselves across the country, in both human and rock form, to protect and help rebuild Vietnam to a hearty and plentiful home once again.

Silversea Cruise travelers on the Silver Muse can take their pick of shore excursions through Ha Long Bay. But the ultimate cultural experience to take part in is sailing throughout the cove on traditional junks, also known as Sampans, where you can see the many limestone outcroppings up close.

It may be wishful thinking but you could be one of the many few to sight a giant sea monster on this unique shore excursion. Don’t worry, if you don’t sea the sea monster, you may end up meeting someone with dragon blood. Reserve your special junk ride through the Ha Long Bay with your Stellar Travel Advisor and see what other myths you can learn about with your Silversea Cruise booking.

Sri Lanka, Home to Cinnamon Spice and Everything Nice

As we glide gracefully into fall, all the fun fall-like flavors start to come out and remind us of why fall is one of the best seasons known to human kind! To play along with Read more…

Heimablidni, is a Northern Germanic Faroese phrase which literally means home hospitality. Your home away from home is how Silversea sees it, as they offer this experience as a shore excursion on their Northern Europe Read more…

As themed cruising becomes more popular and appreciation for artists is more present today, it’s exciting to see itineraries offered by Silversea Cruises that take you to unforgettable places and put you in the center Read more…